Educational cinema is one of the types of technical means that are used as an aid in the educational process. As a rule, it is used in cases where the training material is not available for perception in normal conditions of employment. Thanks to special types of surveys, it is possible to slow down or speed up dynamic processes, to penetrate the phenomena hidden from the eyes, to increase the smallest object, which is very important when studying subjects of the natural science cycle. For example, it is impossible without the help of the film to show students the daily movement of stars in different hemispheres of the Earth or, for example, cell division.

Psychologists have found that information perceived audiovisual, more meaningful and better remembered. That is why it is possible and expedient to use educational films that help either consolidate the knowledge gained, systematize what has been studied, or simply remain in the student’s memory for a long time thanks to bright and memorable moments. 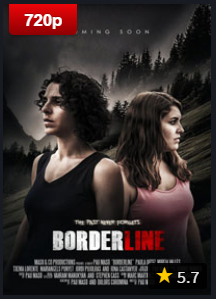 Educational and scientific films contribute to the solution of a number of important tasks: to improve the quality of education; standardization, unification of education; distance learning opportunities; self-education opportunities.

Educational and scientific films provide an opportunity to develop students’ ability to compare, analyze, draw conclusions, give different perspectives of the objects being studied, bring the student’s wrong reasoning to the logical end.

Unfortunately, nowadays in our country almost no educational and scientific films are shot. Many films created back in times are morally obsolete, and the quality of the image and sound has deteriorated from prolonged use. Films shot on black and white film, poorly perceived by students. But lately a large number of semi-amateur cinematic videos have appeared. In most cases, it does not meet the cinematic quality criteria. This is due to the fact that video production is mainly made not by specialized studios, but by educators and innovators.

The specificity of the cinema

One of the leading media education theorists considers cinema to be “hot” mass media, i.e., to those who completely seize spectator perception and make the viewer identify with the film characters, and sometimes with the movie camera itself. The spectators gathered together today plunge into this world of dreams, appealing to the bottomless and ancient archaic of our consciousness, affecting all the strings of the soul and at the same time reflecting the most pressing problems of our time. It is worth mentioning the now so popular 3D technologies that completely immerse the viewer into virtual reality.